This is the last best working version of Delphi (2gb)
It has been  added to the sale, as many customers have requested it.

You will manage to connect to some 2016 and 2017 cars as long as its production was started in 2013 or 2014. Last time Autocom 2014.2 was tested on Fiat Ducato 2016 (production start 2014), full automatic system scan was successful, also some adaptations were done including injectors replacement.

If you car is not on the list, just look for a similar one or an engine code. The software may find a closest match.

There are no reviews yet.

Only logged in customers who have purchased this product may leave a review. 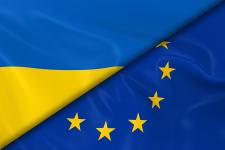 If you have lost your download links, please check your email spam folder first. Then if links not found contact support to retrieve it. If your order is active, the lost links will be provided manually.